In Missouri, an injured employee will rarely be able to bring a civil case against a negligent co-employee, after the Missouri Supreme Court's decision in Brock . Dunne.

On November 9, 2021, the Missouri Supreme Court discussed the scope of co-worker liability in Brock v. Dunne. The case involved employees of JMC Manufacturing who were using a high-pressure laminating machine which applied a layer of glue to a sheet as a pair of rollers sitting above it, and second pair of rollers sitting below the sheet, would propel a sheet of particle board, gypsum, or medium-density fiberboard. Attached to the machine was a safety guard comprised of a hinged metal grate which rested over the bottom pair of rollers and guarded the pinch point created where the bottom rollers met each other. This safety guard could be removed. On the day of the accident, Brock and three other employees, including Edwards, his supervisor, were using the machine. As glue-covered sheets began to emerge from the machine, there was an issue with the glue being applied too heavily, causing it to drip onto the machine’s bottom rollers. Edwards then instructed Brock to clean the glue off the rollers with a wet rag and removed the safety guard on the machine, even though Edwards was aware of the dangers of removing the safety guard on the machine. Because Edwards pulled the safety guard out of position, exposing the pinch point, the wet rag caught in the rollers and pulled Brock’s thumb into the pinch point, crushing it.

Brock alleged Edwards negligently caused his injury by removing the safety device from the machine, ordering the machine to be cleaned while in operation, failing to instruct or warn of the exposed immediate dangers, and for disregarding complaints of the unsafe condition of the machine. Edwards died before trial, and Dunne was substituted as defendant ad litem pursuant to Rule 52.13(a).

At trial, Dunne moved for a directed verdict claiming: (1) Brock failed to make a submissible case of negligence under the common law; (2) section 287.120 released Edwards from liability because Edwards’ conduct did not constitute an “affirmative negligent act that purposefully and dangerously caused or increased the risk of injury”; (3) Edwards’ acts were within the scope of JMC’s nondelegable duties; and (4) Edwards did not proximately cause Brock’s injury. The circuit court overruled Dunne’s motion, and the jury returned a verdict in Brock’s favor. Dunne then filed a motion for JNOV on the same grounds as his directed verdict which the circuit court also overruled.

In 2012, the legislature amended section 287.120.1 of the workers’ compensation statute providing immunity for employees from liability to fellow employees arising out of injuries occurring in the workplace. The relevant portion of the statute (§ 287.120.1) states: Any employee of such employer shall not be liable for any injury ... and ... shall be released from all other liability whatsoever ... except that an employee shall not be released from liability for injury or death if the employee engaged in an affirmative negligent act that purposefully and dangerously caused or increased the risk of injury.

The Missouri Supreme Court concluded that Section 287.120.1 does not preempt the common law claim and create a new statutory cause of action for co-employees to bring against their culpable co-workers. Additionally, the court held that section 287.120.1 immunity will shield a co-employee's negligent act unless the plaintiff can establish the co-employee engaged in affirmative conduct that constitutes at least negligence and the co-employee must purposefully and dangerously cause or increase the risk of injury through that conduct. The Missouri Supreme Court reversed the circuit court’s judgment which was in favor of Brock and found that Edwards’ conduct fell within the employer’s nondelegable duty to provide a safe workplace.

Brock v. Dunne is monumental in its holding. It has now become nearly impossible for a co-employee to be held liable for their own negligence. The court held that section 287.120.1 provides a mental element to the exception: a co-employee enjoys immunity unless he or she purposefully caused or increased the risk of injury. Co-employees are therefore statutorily immune from liability unless they engaged in an affirmative negligent act that purposefully and dangerously caused or increased the risk of injury.

This purposeful intent element is one which is nearly impossible to fulfill. This verdict has the potential to increase co-employee negligence as employees and supervisors can simply commit acts of negligence knowing they can defend their negligence by claiming lack of the requisite mental state to be held liable as a co-employee with purposeful intent in their affirmative negligent act under Section 287.120.1. 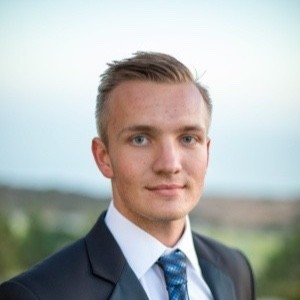 by Tyler Fehrman
Comments are closed.